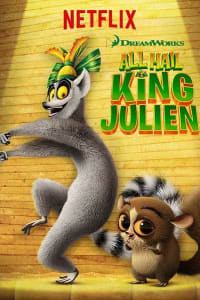 ALL HAIL KING JULIEN brings the wild world of Madagascar to a totally original, totally hilarious and totally insane television series in which the king takes on the craziest adventures the jungle has to offer. A new cast of fantastic, colorful characters joins King Julien himself, along with his second-in-command, Maurice, and his longtime devotee, Mort. Season 2 of this series was released on October 16, 2015.

The Boss Baby Back in Business - Season 2

Marvel's Guardians of the Galaxy - Season 3