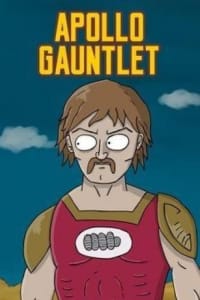 It follows Apollo Gauntlet, the pseudonym of Paul Cassidy, a police officer on Earth who gets sent to a futuristic feudal society by Dr. Benign. His namesake derives from the pair of sentient talking gauntlets he wears along with his magical suit. In this society Apollo Gauntlet fights evil while trying to capture Dr. Benign.

Niko and the Sword of Light - Season 2

Niko and the Sword of Light - Season 1