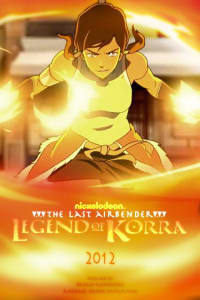 Avatar: The Legend of Korra - Book 1: Air is the first season of the U.S. animated TV series The Legend of Korra created by Michael Dante DiMartino and Bryan Konietzko. It’s about seventeen-year-old Korra from the Southern Water Tribe, and the successor of Avatar Aang from the preceding series Avatar: The Last Airbender. The primary focus of the season is Korra’s attempts to learn airbending from Tenzin while defending Republic City from the Equalist revolt, led by the masked Amon.