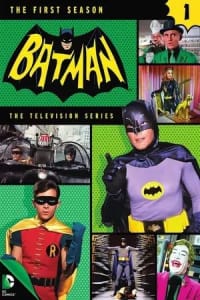 Batman is a thrilling 30-minute action series based upon the characters created by Bob Kane in 1939 from the Batman and Detective Comics Magazine. Released by 20th Century Fox, the film starred Adam West as Batman and Burt Ward as Robin. The film hit theaters two months after the last episode of the first season of the television series.

Batman: Return of the Caped Crusaders