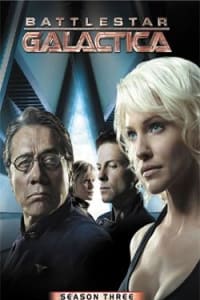 In season 3, the Cylons have now been in control of New Caprica for over four months. Gaius Baltar is under their collective thumbs and essentially follows their orders. There is a resistance who set off bombs and do their best to disrupt Cylon activity. Col. Tigh is in prison and despite extensive torture, including the loss of an eye, has told them nothing. His wife Ellen will do anything to secure his release and is soon in a sexual relationship with one of the Cylons, John Cavil. There are mixed feelings among the survivors. Some feel the random acts of violence against their …

Tom and Jerry Robin Hood and His Merry Mouse