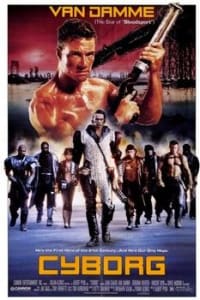 Gibson Rickenbacker is a hired fighter living in a plague-ravaged apocalyptic America where a plague has infested most of the United States and the rest of the world. In New York City, Gibson encounters a woman named Pearl Prophet. Pearl reveals to Gibson that she is a cyborg who is carrying vital-information for a group of scientists in Atlanta who are working on a cure to the plague and Pearl hires Gibson to escort her back to Atlanta.