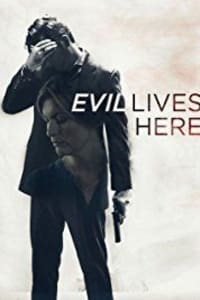 Evil Lives Here is an American documentary television series on Investigation Discovery that debuted on January 17, 2016. This 60-minute true crime show spends each episode interviewing a family member of the highlighted murderer. Reenactments blended with police footage, family photographs, videos and interviews give the audience a view of the murderer as told through the eyes of a loved one.

The Girl from Plainville - Season 1

The Woman Who Robbed the Stagecoach