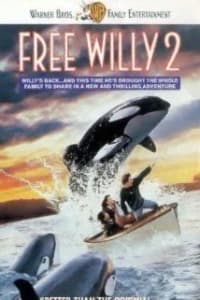 Free Willy 2: The Adventure Home, a 1995 American family film, is the first sequel to the 1993 film Free Willy. It follows Jesse, who becomes reunited with Willy three years after the whale’s jump to freedom as the teenager tries to rescue the killer whale and other orcas from an oil spill.