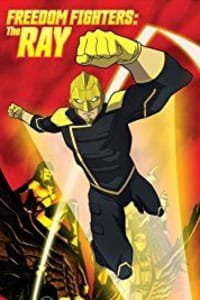 Raymond “Ray” Terrill is a reporter who discovers a genetic light bomb in his investigation of a secret government project attempting to harness the power of light and weaponize it. The bomb goes off, and instead of killing him, gives him light-based powers, and he is recruited to join the Freedom Fighters.