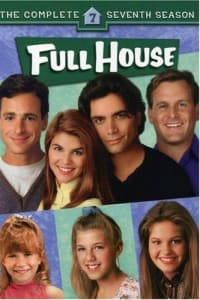 In season six, Danny proposes to Vicky as she gladly accepts. Jesse and Joey are both fired from their daytime jobs and instead become radio hosts on the show “Rush Hour Renegades,” which eventually turns into a success. Rebecca also has to deal with Jesse’s recent climb to stardom as he tours Japan with his band for the first half of the season, in the second half of the season, he returns to high school to get his diploma. D.J. is a sophomore in high school and gets her first real boyfriend, Steve Hale begins his senior year in high school; Stephanie is in fifth grade; Michelle starts first grade.