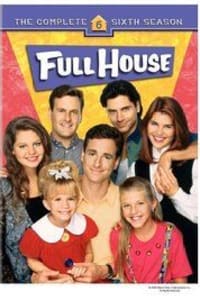 In season seven, Danny ends his relationship with Vicky after she is offered a news anchor position in New York City. Jesse ends up renovating and re-opening The Smash Club as he is the new owner. Rebecca and Jesse realize that they need to start disciplining the twins. Meanwhile, Joey and Jesse continue their radio gig, and Joey becomes Michelle’s new soccer coach. D.J. is a junior in high school. Stephanie begins sixth grade, Michelle enters second grade.