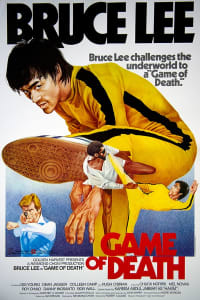 Martial arts legend Bruce Lee stars in this action drama as Billy Lo, a martial arts master and film celebrity, who is just beginning to gain some notoriety. On the run from a vicious crime syndicate, Lo must fight his way through a series of different combatants in one of the most climactic action sequences ever filmed.