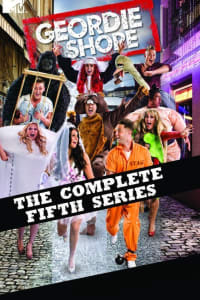 The tenth series of Geordie Shore, a British television programme based in Newcastle upon Tyne was confirmed on 1 November 2014, and began airing on 7 April 2015. This will be the first series not to include original cast member Vicky Pattison after she departed at the end of the previous series.