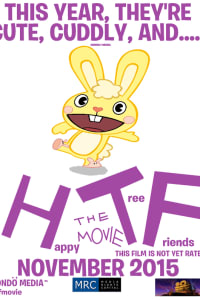 HTF Breaks are a series of short Happy Tree Friends episodes, going for around a minute each. Four episodes have been aired so far, the first two having a video game theme. HTF Break may be similar to the Christmas Kringles. The graphics and animation are similar to that from the first to second seasons of the Web series since From A to Zoo. The opening shows a circle with the “Happy Tree Friends” title in it.