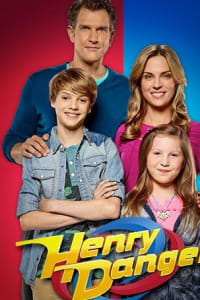 Henry Danger - Season 2 is an Action, Comedy, Family TV Series whose creators are Dan Schneider, Dana Olsen. It was released on 12 Sep. 2015. It stars Sean Ryan Fox, Ella Anderson, Jace Norman. The season begins with: Henry finds himself in danger when he realizes Dr. Minyak has transformed Charlotte into a super strong being set to capture Kid Danger and Captain Man… What await ahead?