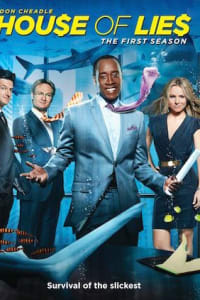 House of Lies - Season 3 is a Comedy, Drama TV Series whose creator is Matthew Carnahan. It was released on 12 Jan. 2014. It stars Don Cheadle, Kristen Bell, Ben Schwartz. The season begins with: Marty now has Kaan and Assc. up and running. Jeannie has decided to stay at G-S and has Doug as her second… What await ahead?