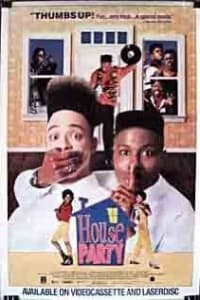 Starring Christopher Reid, Robin Harris, Christopher Martin, this comedy drama tells the story of Kid, a hip-hop teenage boy who is dying to go to a party hosted by his buddy Play. The problem is that his widowed father won’t let him go to the party because he got into trouble in school that day. Kid has no choice but sneaking out of the house to get to the party, where he is confronted by several rival rappers, as well as a bevy of adoring girls.

How to Talk to Girls at Parties