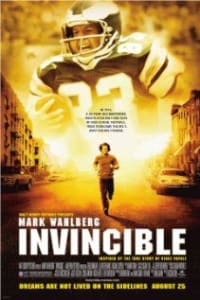 Invincible (Also Known As: Invencible) is a Biography, Drama, Sport film directed by Ericson Core and written by Brad Gann. It was released on 25 August 2006 (USA). It stars Mark Wahlberg, Greg Kinnear, Elizabeth Banks. The film’s content is about a 30-year-old bartender from South Philadelphia who overcame long odds to play for the NFL’s Philadelphia Eagles in 1976…

All the Money in the World

We Own the Night