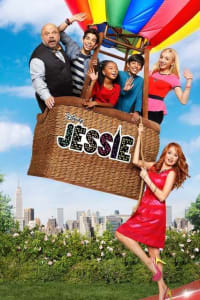 Jessie - Season 3 is a Comedy, Family TV Series whose creator is Pamela Eells. It was released on 5 Oct. 2013. It stars Debby Ryan, Peyton List, Cameron Boyce. The season begins with: Jessie and the kids are excluded from the building Halloween party… What await ahead?

Gamer's Guide To Pretty Much Everything - Season 1

Life of the Party