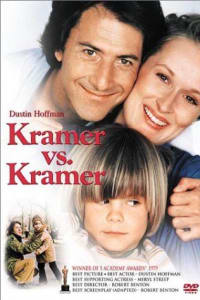 Joanna Kramer (Meryl Streep) walks out on her advertising-art-director husband Michael (Dustin Hoffman). Though he is obviously insensitive to everyone’s feelings but his own, Michael has not lost his wife because of this; she simply wants to go out and “find herself”. Also left behind is the Kramers’ 6-year-old son Billy (Justin Henry), whom Michael barely knows.

Still of the Night

Music of the Heart