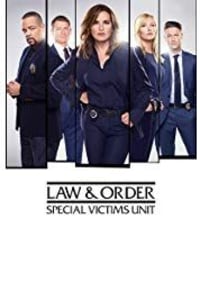 The episode is also set to feature Callie Thorne as Defense Attorney Nikki Stanies. A deleted scene featuring Benson and Noah from the previous season will be re-shot and placed into an episode this season. This season is also set to feature an introduction of the latest franchise installment Law & Order: Hate Crimes which will occur in the latter part of the season.