Lost in the Sun 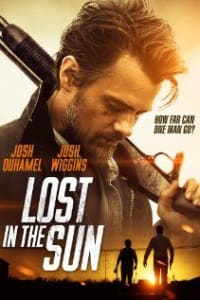 Synopsis Lost in the Sun

Written and directed by Trey Nelson, this drama thriller follows Louis, a newly-orphaned teenage boy who accepts the offer from a man named John to take him to his grandparents’ house. However, instead of gifting goodwill and conversation, John has plans to steal Louis’s cash, trying to pay off a massive debt to a criminal kingpin who protected him during a recent prison stint.

The Merchant of Venice