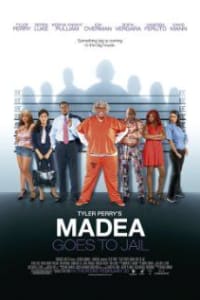 Madea Goes to Jail is a 2009 American comedy-drama film written and directed by Tyler Perry, based on his 2006 play. It tells the story of Mischievous grandma Madea landing in jail, where she meets a variety of mixed-up characters.

Why Did I Get Married Too?

Why Did I Get Married?

I Can Do Bad All by Myself