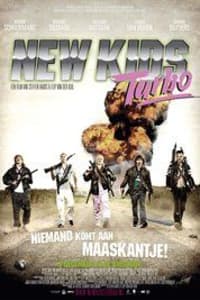 Set in the small village of Maaskantje in North Brabant, a group of friends: Gerrie, Richard, Rikkert, Robbie and Barrie lose their jobs. The group perceives themselves as being victims of the widely reported credit crisis, although in actuality their misfortune is the direct result of their idleness, lack of common sense, and poor punctuality

The Knock Out Cop