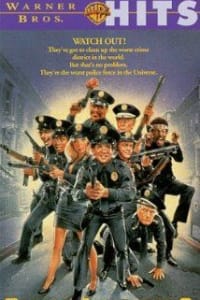 Police Academy 2: Their First Assignment, a 1985 comedy film, is the first of six sequels in the Police Academy series. It tells the story of the screwball police teaming to stop a new gang When they moves into town.

Police Academy 3: Back in Training