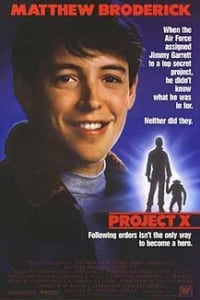 A grounded pilot discovers a secret government experiment that involves exposing a group of trained chimpanzees to obscenely high levels of radiation. This comedy-drama follows the pilot as he teams together with a kind-hearted researcher to free the animals, even though it might mean the end of his career.

As Good As It Gets

You Can Count on Me