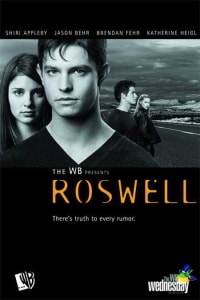 Roswell - Season 3 is a Drama, Mystery, Romance TV Series whose creator is Jason Katims. It was released on 9 Oct. 2001. It stars Shiri Appleby, Jason Behr, Katherine Heigl. The season begins with: Liz and Max get caught while apparently robbing a quick stop that happens to have a government storage facility with a space ship underneath it… What await ahead?

Life as We Know It