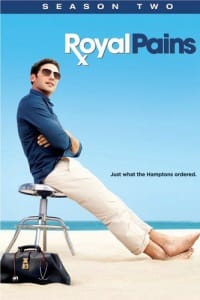 Royal Pains - Season 1 is a Comedy, Drama TV Series whose creators are Andrew Lenchewski, John P. Rogers. It was released on 4 Jun. 2009. It stars Mark Feuerstein, Paulo Costanzo, Reshma Shetty. The season begins with: When he is blamed for the death of a hospital trustee, Dr. Hank Lawson is blacklisted by the medical community and dumped by his fiancée… What await ahead?