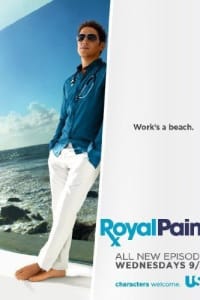 Royal Pains - Season 3 is a Comedy, Drama TV Series whose creators are Andrew Lenchewski, John P. Rogers. It was released on 29 Jun. 2011. It stars Mark Feuerstein, Paulo Costanzo, Reshma Shetty. The season begins with: Boris is forced to turn back to Hank for assistance with his unborn child, Jill returns with big news for Hank, Divya tries to reconcile with her parents, and Evan wonders when his girlfriend is coming home… What await ahead?