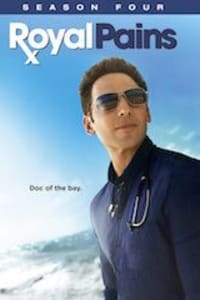 Royal Pains - Season 6 is a Comedy, Drama TV Series whose creators are Andrew Lenchewski, John P. Rogers. It was released on 10 Jun. 2014. It stars Mark Feuerstein, Paulo Costanzo, Reshma Shetty. The season begins with: Hank temporarily returns to The Hamptons to attend a ceremony for Divya and her new baby, and helps a musician who may have a grave illness… What await ahead?