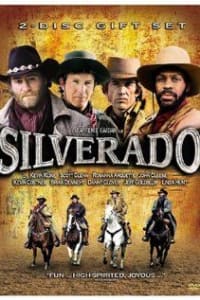 Emmett (Scott Glenn) is ambushed by three men while he sleeps in an isolated shack. In a brief gunfight, he kills all of the assailants. As he sets out for the town of Silverado, Emmett finds a man, Paden (Kevin Kline), lying in the desert, having been robbed and left to die.

I Love You To Death