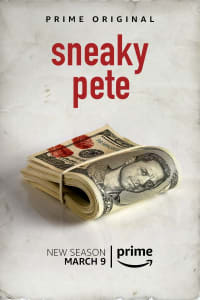 In this season, on the verge of starting fresh, Marius is dragged back into the role of Pete Murphy when two thugs, believing he’s Pete, threaten to kill the Bernhardts if he doesn’t take them to Pete’s estranged mother and the millions she stole from their employer.

In the Radiant City