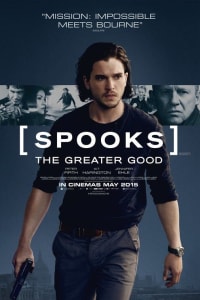 Spooks: The Greater Good is a thriller about two British agents, Harry Pearce, and Will Holloway. The agents were forced to work together after a terrorist criminals escape from MI5 and threatened an attack to England. But in the world of dark intelligence and constantly transformed terrorism in the 21st century, will the truth be exposed? What will Harry and Will have to do to pursue greater benefits.