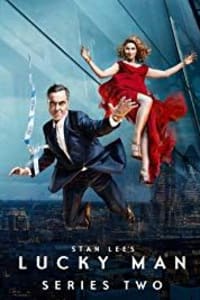 Co-created by Stan Lee and produced by the team behind Downton Abbey', Stan Lee’s Lucky Man’ follows the story of DI Harry Clayton. BAFTA-nominated James Nesbitt plays the role of the eponymous detective who hits rock bottom. After a series of gambling debts mount up, Harry finds himself on the verge of losing everything, even his family - that is, until he meets a beautiful stranger. The mysterious Eve bestows Harry with an ancient bracelet whose magical properties can change a man’s luck. Soon afterward the detective’s world is turned around as fortune finds him, but it comes at a hefty price.