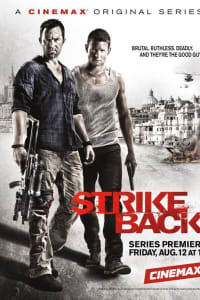 The second season of Strike Back premiered on August 21, 2011 and concluded on October 23, 2011. Strike Back: Project Dawn, as it is known in the United Kingdom (or just Strike Back in the United States) is a ten-part British-American action serial television series.

Halo The Fall of Reach