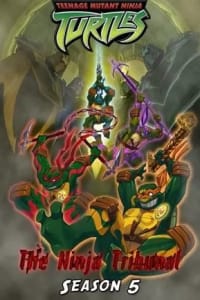 Season five was named on the official Ninja Turtles site as the “Ninja Tribunal” Season. 4Kids TV started showing “The Ninja Tribunal” and the 12 completed episodes of this season on February 9, 2008. The season was promoted as the “Lost Episodes”.