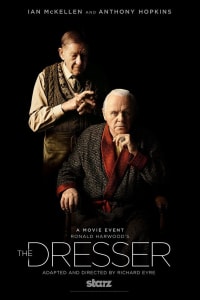 In this TV drama from director Richard Eyre, Ian McKellen and Anthony Hopkins star as Norman the dresser and “Sir”, an ancient, dilapidated Shakespearean actor of great renown who is, literally, at the end of his tether. During a German bombing, Sir is nowhere to be found and Norman must scramble to keep the production alive. But will Sir turn up in time?

The Silence of the Lambs

Legends of the Fall

The Lion in Winter

A Royal Night Out