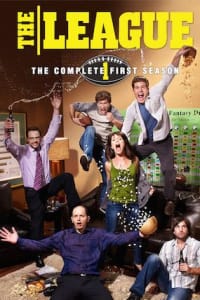 The League - Season 4 is a Comedy, Sport TV Series whose creators are Jackie Marcus Schaffer, Jeff Schaffer. It was released on 11 Oct. 2012. It stars Mark Duplass, Jonathan Lajoie, Nick Kroll. The season begins with: The League prepares for the draft and the arrival of Kevin and Jenny’s baby boy… What await ahead?