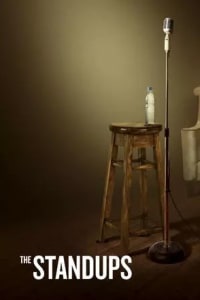 “The Standups,” a comedy special featuring six 30-minute episodes where six up-and-coming comedians take the mic to show off their material to the world. In “The Standups,” filmed live at the Cicada Restaurant and Club in Los Angeles, each comic brings a uniquely fresh and hilarious take on life in this intimate series of comedy shows. “The Standups” features the comedic talents of Nate Bargatze, Deon Cole, Fortune Feimster, Nikki Glaser, Dan Soder and Beth Stelling. Season 2 is released on 20 Mar, 2018.

All Round To Mrs Browns - Season 2