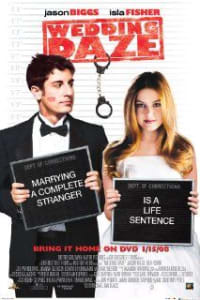 Also known as “The Pleasure of Your Company”, this drama romance stars Jason Biggs as Anderson, a young man all set to ask his girlfriend to marry him when, during the actual proposal, she dies. Since then he has given up all his belief in love. Dared by his best friend to get back in the saddle during breakfast at a local diner, Anderson proposes to the first girl he sees: Katie, their waitress, who is looking to escape from a passionless future with her orthodontist boyfriend.

Confessions of a Shopaholic