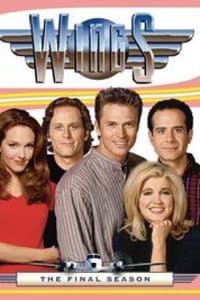 10 months after moving to New York, Helen calls Joe to say hi. Joe doesn’t tell her that he’s been seeing someone else. Later he talks to everyone looking for someone to tell him that it’s best not to tell Helen. But Brian tells him he has to. So they go to New York and they find her working in a strip club. Joe tries to tell her about his new girlfriend but she tells him that she’s down on her luck.